Exercise 4.5 – Oxford as it Really Is

Oxford as it really is!

If you ever Google “Oxford” you will be presented with a beautiful picture postcard set of images.  From these images, you would get the impression that this is the real Oxford.  A beautiful University city, with wonderful old buildings and a culture to match.  But in reality it is only half the story.  I was inspired by two photographers: John Davies and Chris Steele-Perkins, both of whom photographed Mount Fuji from various different viewpoints, showing the juxtaposition of the beautiful mountain, and the factories and suburban life going on around it.  I have included examples of their work, and a photograph taken from Google showing the usual image with blossom and petals around it.

I went into Oxford City Centre to take some photographs showing that Oxford does not consist only of those majestic old buildings seen on Google.  These well known buildings cover less than a square mile in the centre, and just around any corner are many more traditional buildings interspersed with modern 60s buildings.

First I Googled “Oxford”.  Below is a screen shot of the resulting search.   Anyone who hasn’t visited Oxford would see these  images and assume that’s all there is.

And here are my photographs showing the other views of Oxford.

Of course I realise progress is essential and there are some beautiful new buildings tucked carefully in between the old and traditional buildings, such as the new Maths building and the new Physics building, both shown below.   But like John Davies’ and Chris Steele-Perkins’ images of Mount Fuji, images can be created to give one impression, when the reality is different.

This proved to be more difficult than I first thought because the subjects I tried first turned out not to be suitable for showing the distinction between the location of the studio lights.  My first attempts were with a bunch of grapes but because all the surfaces are curved, the shadows appeared soft regardless of the position of the lights.  (See photographs below).

I then photographed an aloe plant and because of the shapes of the leaves, was able to demonstrate the difference in shadows depending on the proximity of the lights. Here are 6 photographs with a information on the lighting for each one.

I had the camera set on auto white balance, and in the camera the background appeared the same colour.  However, when I downloaded and printed them, the photographs taken with a flash were pale pink.  I could have changed the white balance post production, but decided to leave them as they were to show that auto white balance does not always produce consistent colours.

The main difference between artificial light, especially at night, and daylight is that it is constant.  As shown in exercise 4.2 light during the day changes.  It may be because of the time of day and the position of the sun in the sky, causing shadows to lengthen or shorten, or because of cloud cover, masking the effects of the sun.

The photograph below is of a canalside pub, showing the lights and reflections in the water.  This was a challenge because there are different colours in the pub lights, and large areas of dark.  I had the ISO low and a the white balance setting on auto.  The camera was set to aperture priority, which increased the shutter speed.  I hand held the camera but was able to balance it on a wall opposite the pub to ensure the photograph was in focus.

I then took a series of photographs of our local golf club buildings and buggies. The camera settings were the same as for the above photograph.

Finally, I stopped on a motorway bridge to film the traffic.  The results were not as clear as I had hoped because it was extremely windy and even the tripod was shaking.  I will be returning at a later date, and I will take something to secure the tripod to the railings!  Hopefully I will be able to produce clearer images of the traffic.

The word Photography comes from the Greek words phos (meaning light) and graphie (meaning writing), so it is no surprise that light is an essential element in photography. Photographers vary in their preference for the time of day and the type of light in which they take their photographs.

The Golden Hour: this refers to the hours just after sunrise and just before sunset, when a golden glow often floods across the landscape and shadows are longer than during the day when the sun is overhead.  Many photographers prefer these times of day.  Sally Mann preferred the afternoon/evening lighting as can be seen in her landscapes.  Below is one of her landscapes showing the long soft shadows.

In the 1920s Imogen Cunningham had developed a reputation for creating portraits in the soft-focus pictorial style.  She then went on to explored the patterns and shadows created when photographing plants.  Instead of the soft-focus images of the portraits, she created sharp focus images in black and white.  The time of day was less relevant than a strong natural light.  Below is an example of her work.

We were moored up on our narrowboat at Cropredy, north of Banbury on the Oxford Canal in open countryside, so on a bright day I put a small plant on the roof of my boat and photographed it at intervals during the day. I would have liked to set up my camera on a tripod and used the remote shutter to take a series of shots, but as we were moored on a towpath, I couldn’t leave the camera out on its own all day!

I set the camera with a wide aperture so that the background fields would be blurred, and just the plant in focus. In each case the ISO was set to 200. In the distance of each image there is a white van, blurred, and incidental to the photograph. However, I actually found this useful to compose the image each time it took a photograph, to maintain consistency of view.

Initially there was some cloud during the morning, but at mid day the cloud had dispersed leaving a vivid blue sky, only to return during the afternoon. The last photograph was taken at 16.41, and shortly after rain clouds moved in making further photography for this exercise impossible.

Working through this activity was a Eureka moment for me.  I had always taken photographs with either aperture priority or shutter priority and although I understood the relationship between the aperture, shutter and ISO I didn’t really know how to go about using the manual mode and how to set the camera up.  Working through the exercise has given me the knowledge and confidence to use manual mode in the future, and use the camera’s light meter to set the camera up.  I also now have a better understanding of the histogram, and how to read it.

I didn’t really understand the different metering modes in the camera and how they would affect a photograph, so I checked my camera manual for the settings, and then experimented with with each of the 4 metering modes. 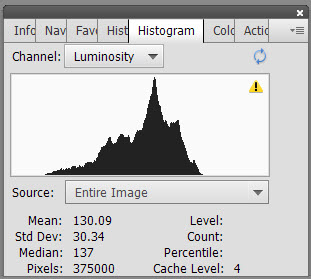 This photograph was taken of black card, the camera in aperture priority.  The camera’s light meter, being calibrated to mid-tone,  was confused by the plain black and set the shutter speed so that the histogram would be centered.  The  resulting photograph appears grey.  Not a true representation of the black card. 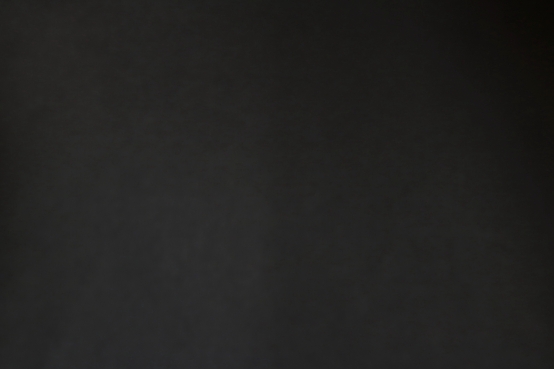 This photograph was taken of the same black card, and with the camera in manual mode I was able to use the light meter to alter the shutter speed and aperture to produce a true representation of the black card.  The histogram shows correctly that black is predominant in this photograph. The camera settings were: f5, 1/200 sec, ISO 400. 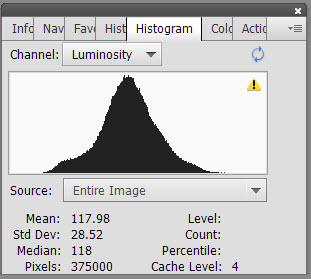 This photograph of a grey card was taken in aperture priority mode.  This time the camera’s light meter correctly calculated the mid-tone and the resulting photograph is a true representation of the grey card. 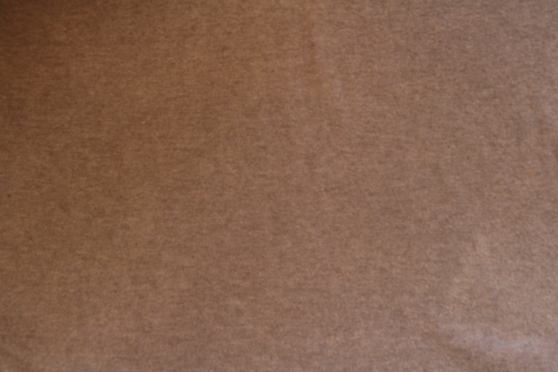 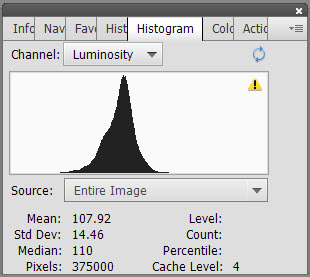 This photograph was taken in manual mode.  The histogram is similar to the previous photograph,  although the colour is not accurate.  I used the camera’s light meter to set the aperture and shutter: f5, 1/15 sec, ISO 400.

This photograph was taken of a white card.  As for the black card, the camera’s light meter callibrated the mid-tone and although the histogram is central, the card appears grey.

Here the photograph was taken in manual mode.  The settings were f5, 1/125 sec, ISO 400.  The white balance was set on auto. The card is not a true white, and this could have been managed with a change to the white balance setting.

Finally I took a series of photographs with my camera’s different metering modes.  There seems to be no difference between the histograms, but this may be due to there being greater variations in tone than in the above examples.  The different modes were able to calculate the tonal variations more easily. 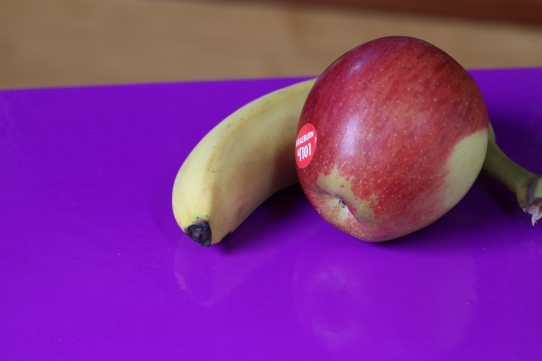 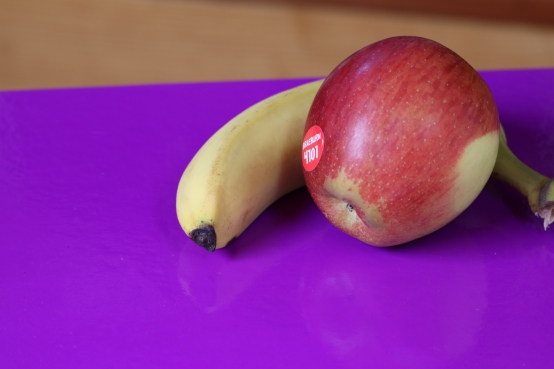